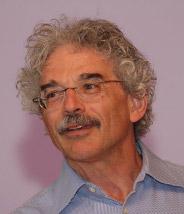 In addition to clinical work and research in the field of psychosis, the subject of trauma attracted his attention. For more than a decade, he has worked with a European group of analysts and therapists trying hard to understand the structure and the development of traumatic experiences – affecting both body, self, group relations and one's cultural anchorage.