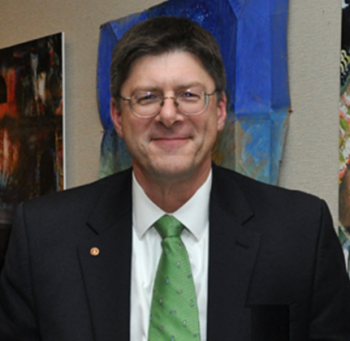 Dr. Robert Heinssen is Director of the Division of Services and Intervention Research at the National Institute of Mental Health (NIMH). Since 1999, Dr. Heinssen has played a key role in launching major NIMH research initiatives in the areas of prodromal psychosis, first episode schizophrenia, and neuroscience-based assessment and remediation of cognitive deficits in schizophrenia. He is NIMH Science Officer for the groundbreaking North American Prodrome Longitudinal Study (NAPLS) and Study Director for the Recovery After an Initial Schizophrenia Episode (RAISE) initiative, a T2 translational research project that aspires to indicated prevention during the earliest phases of psychotic illness. From 2008 to 2010, Dr. Heinssen played a pivotal role in launching the NIMH-Army Study to Assess Risk and Resilience in Service members (Army STARRS), the largest study of mental health risk and resilience ever conducted among military personnel.

He has won several awards, including the Special Presidential Commendation from the American Psychiatric Association; the Department of Health and Human Services’ Hubert H. Humphrey Award for Service to America; the National Institutes of Health Director’s Award; the NIMH Director’s Award for Significant Achievement; and the NIMH Supervisor of the Year Award. For his long-standing service to individuals with serious mental illness, Dr. Heinssen received the National Alliance for the Mentally Ill (NAMI) Wayne S. Fenton Memorial Award. He sits on the Editorial Board of Clinical Psychology Review and serves as NIMH liaison to the Patient-Centered Outcomes Research Institute and the Walther Reed Army Institute of Research.

Dr. Heinssen earned a doctoral degree in clinical psychology from Catholic University of America. He completed a clinical fellowship at McLean Hospital/Harvard Medical School and residency at Chestnut Lodge Hospital, where he worked for 13 years as a researcher, clinician, and administrator. He is a board certified, licensed clinical psychologist. Dr. Heinssen is the founder and past president of the Schizophrenia Special Interest Group within the Association for Behavioral and Cognitive Therapies, and is a Fellow of the American Academy of Clinical Psychology. He has authored numerous journal articles and book chapters, and is a regular presenter at major scientific meetings.